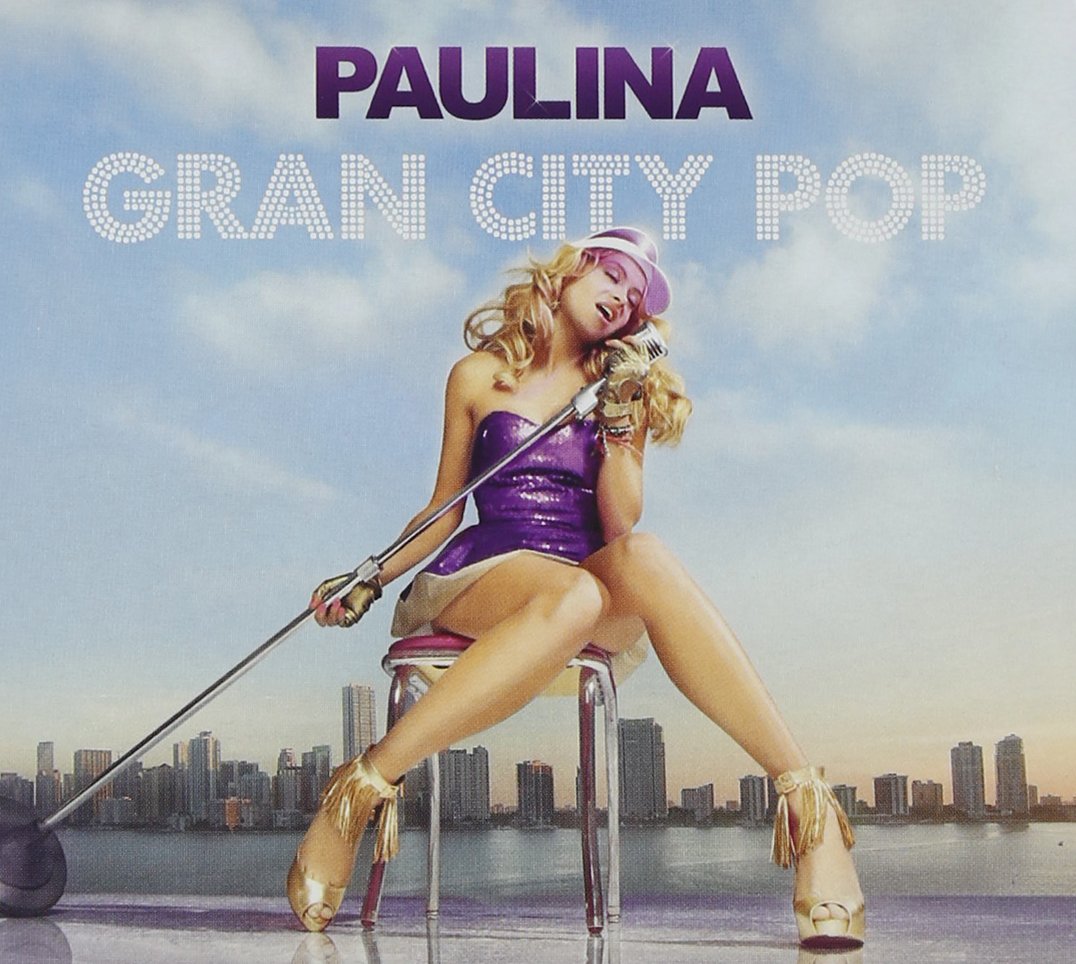 Paulina is completely authentic, vibrant, intelligent and passionate in everything she does;a true artist and performer. Her trademark voice, combined with her sensual, independent and playful nature, make her one of a kind and a fan favorite. In this DVD

The Golden Girl of Spanish Pop consolidates her career as a music icon with her new album Gran City Pop" set to be released on June the 23rd.

Paulina Rubio, a symbol of strength. A vibrant woman, an energetic and sensual hurricane, Paulina Rubio is already a global music icon who rejects stereotypes flowing with the wide variety of musical influences she experiences everyday.

Raised between Mexico, Los Angeles and Spain, she has always been a free spirit. Paulina started in the music business at a very young age, with the band Timbiriche, but her first solo release "LA CHICA DORADA" meant the definitive take off of her career.

Her first success did not take long : she was crowned as The Queen of Latin Pop with her 2000 album "PAULINA" , selling over 3 million records worldwide and being nominated to the Grammy Awards as Best Latin Artist in 2001.

Her North American side did no take long to surface and "BORDER GIRL" was her Anglo Saxon consolidation, showing off all the influences she experienced in life.

"PAU-LATINA" was the definitive blending result of all PaulinaÂ´s merging musical influences released in 2004. "It was a musical workshop", she admits regarding her work plenty of collaborations and experiments. A golden year for the "Golden Girl", who climbed all the way up to the peak being the top selling Latin American artist in 2004.

2006's "ANANDA" was another brilliant album. It is by far her most autobiographical work as well as the album where she most actively participated, being involved in each and every part of the creative process. "ANANDA" another hit in Paulina Â´s career that achieved the platinum status in physical sales, contained Ni Una Sola Palabra (a Latin Billboard Awarded song), was a multiplatinum certificated.

"p"2009 will see the release of her new album: "GRAN CITY POP", an imaginary mega city where Paulina gathers in one sight some her musical and life experiences happened to her in the last past years in different cities of the world. "p"These experiences have marked her life for ever and Paulina wishes to share them now in the shape of ten songs plenty of influences which have enriched this new stage in her career. Collaborators in the album are EstÃ©fano, Chris RodrÃ­guez, Cachorro LÃ³pez, Lester MÃ©ndez and Coti. "p"On Monday the 30th of March her new single CAUSA Y EFECTO will be premiered on radios worldwide, leading the release of her new album GRAN CITY POP set for June the 23rd in all the Latin American countries, USA and Spain.

A collection of powerful productivity apps you can use anywhere. Organize your life, expand your creativity, and protect what’s important.

Get productive quickly with these Microsoft 365 videos, tutorials, and resources.

Explore the latest tips to get the most from your Microsoft products.

GET TIPS FOR WINDOWS

Learn more about accessibility features and personalize your PC settings.

Windows updates will help you manage your time, increase security, and get more creative with Windows 10.