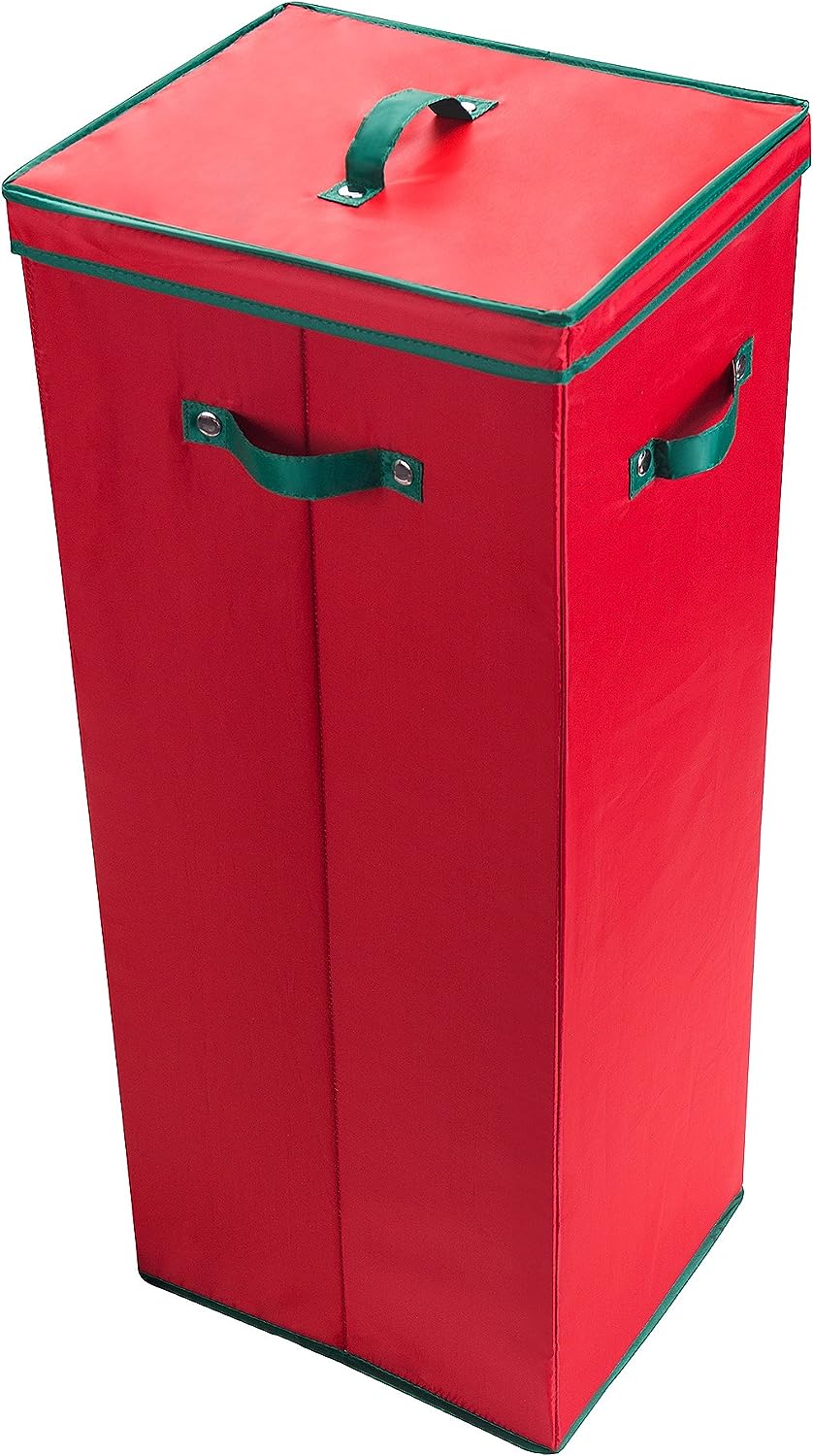 Tired of pulling out flattened or wrinkled rolls of paper from your closet left over from the previous holiday? The Elf Stor has made it easy to store away those left-over and unused rolls of wrapping paper. This innovative, heavy-duty organizer is designed specifically to protect your wrapping paper, never to find them crushed or wrinkled the next year. Constructed with stitched seams, and gussets ensure that this gift wrap storage box will be ready for duty year after year. With the Elf Stor, Christmas has never been so easy. SATISFACTION : Elf Stor is committed to providing the consumer with the absolute best price and value on our entire line of products, which we ensure by applying a rigorous quality control process. NOTE: This is an exclusive product of Elf Stor and ONLY Wrapping Paper Storage Boxes by Elf Stor are to be genuine. IMPORTANT : Avoid buying counterfeit products and transacting with unauthorized sellers. Look for our logo on the packaging for every one of our products. HOLDS 20 ROLLS- This convenient gift wrap storage solution holds up to 20 (30 ) rolls of wrapping paper. PROTECTS AND ORGANIZES- Keep your wrapping paper neat and fresh for the next season! The separate compartments ensure that your gift wrap won t get crushed or wrinkled. CONVENIENT STORAGE- The convenient lid keeps out dust, while the side handles make for easy carrying. The storage box also folds flat when not in use. EASY ASSEMBLY- Assemble in less than 5 minutes. Interlock (4) base dividers with the remaining (3) dividers and slip inside the 30-Inch box. PRODUCT DETAILS- Dimensions-(H)31. 75 x (W)11. 5 x (D)13. 25 . Pockets are 2. 25 . Color: Red.

Tired of pulling out flattened or wrinkled rolls of paper from your closet left over from the previous holiday?

The Elf Stor has made it easy to store away those left-over and unused rolls of wrapping paper. This innovative, heavy-duty organizer is designed specifically to protect your wrapping paper, never to find them crushed or wrinkled the next year. Quality construction, stitched seams, and gussets ensure that this storage box will be ready for duty year after year.

With the Elf Stor, organization has never been so easy

Quality is never an accident

Your Gift Wrap Storage Box has a 1-Year Warranty from the Elf Stor and customer service located in Michigan.