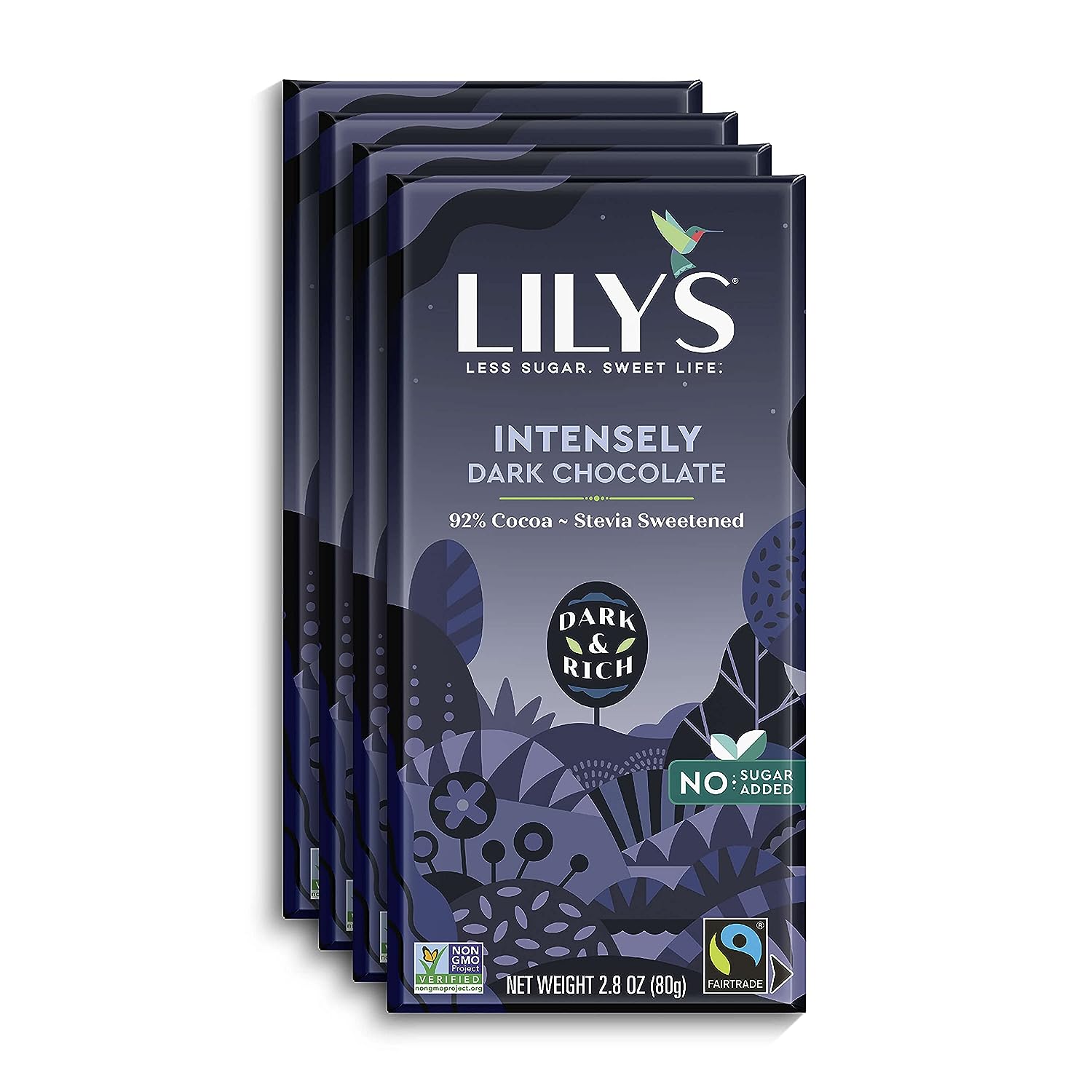 One could say our love for this bar is.Intense. This 92% dark chocolate Bar isn't for the faint of heart, but we have a feeling you might just fall in love too. Because we sweeten our chocolate with Stevia, botanical sweetener, It has no added sugar. Less sugar. Sweet life.