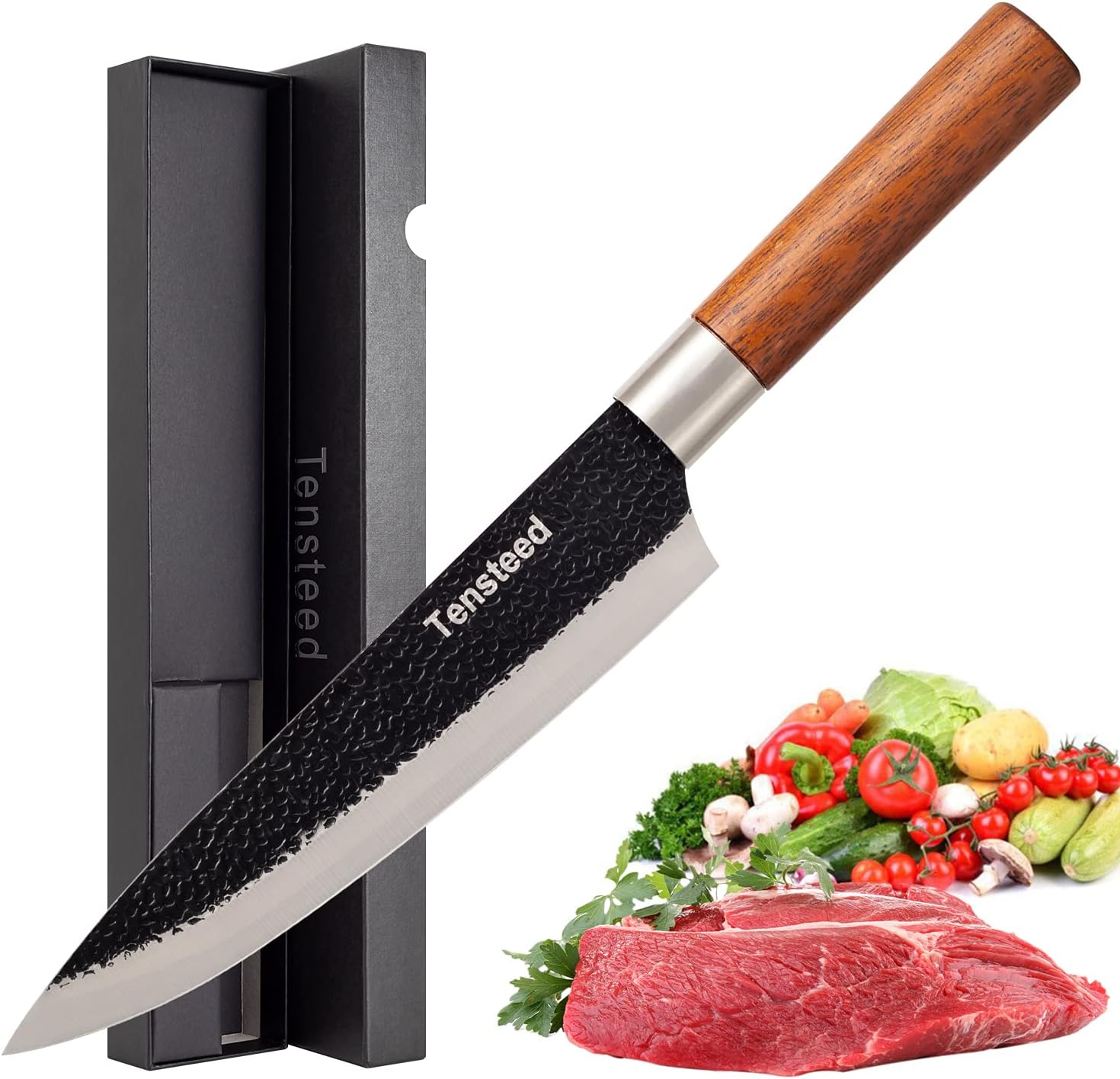 2.Do not slap on anything with blade; Do not cut food on hard objects. (glass, ceramics, metal board, stone plate etc).

3.Do not sway cuting things, because of the high hardness of claded steel knife, sway cutting will cause the blade edge collapse.

4.Do not touch corrosive, hydrochloric acid kind materials, keep away from fire, do not soak or clean with saline water. After each use of the knife, please clean it with water, wipe dry and place in dry and ventilated place.

6.If the knife is blunt, please use professional sharpening stone. Do not use rough sharpening stone or rod, this will seriously damage the steel core and the beauty of the texture

7.Please note all dimensons are measured manully, the devistion within 1-2 mm.