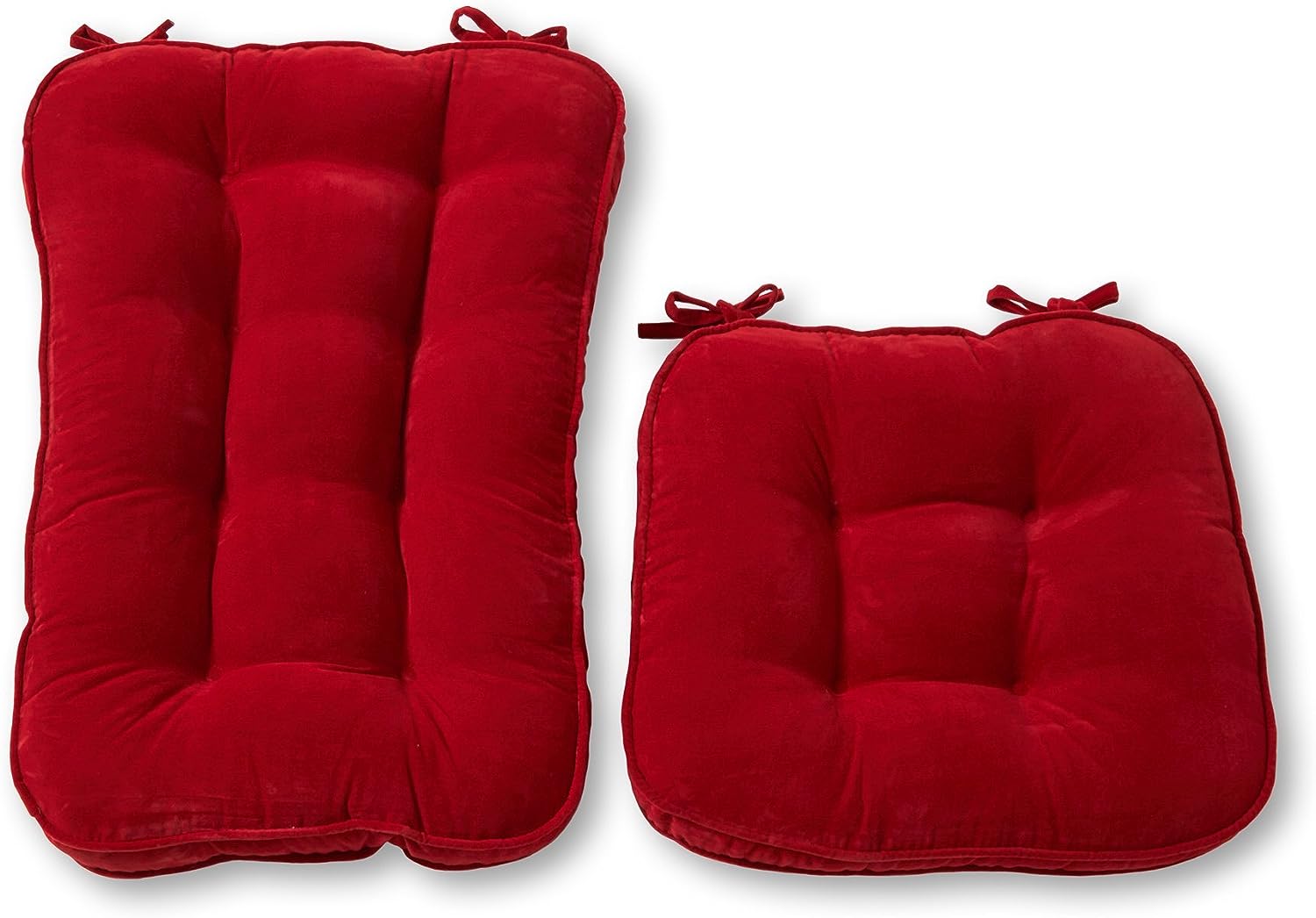 Add soft, plush comfort to your large rocker with this Greendale Jumbo Rocking Chair cushion set. Made from 100% nylon microfiber fabric in assorted solid colors. This rocker cushion set is fully reversible, and consists of two cushions: seat cushion (18"W X 18"D x 3" H), and back cushion (18"W X 28"H x 3" H). Cushions have a boxed, corded edge trim and 4 circle tacks. String ties are attached to the backs of both cushions. The rocker cushions are fully tufted and filled with 100% polyester fiberfill. Home furnishings for indoor use. Spot clean only. Filled and finished in the USA. (Cushions are + or â 2â)

Greendale Home Fashions offers a variety of high quality products for both indoor and outdoor use.

Every Greendale cushion is made to order in our US facility. As orders are received, each cushion is individually filled and sewn closed with a soft poly-fiber fill.