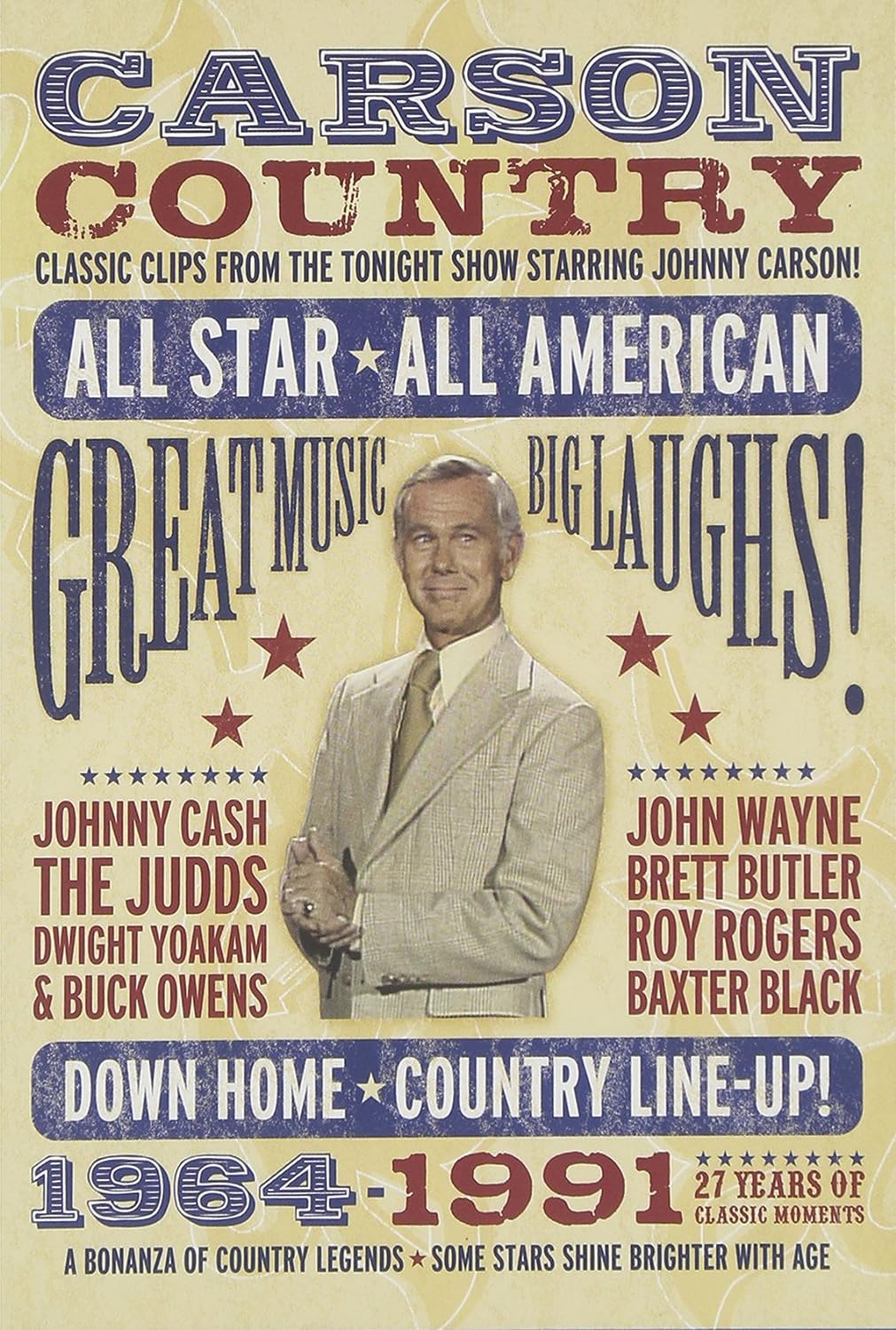 It's an all star, all American country line-up! We've opened the vaults and re-discovered treasured memories with Johnny's favorite country stars! These priceless and collectible moments are now yours in this exclusive DVD! Includes musical performances from The Judds, Dwight Yoakum, and Johnny Cash.

This collection of Tonight Show clips opens with a song from the host. When Joan Embery, from the San Diego Zoo, brings a bush dog to the set, Johnny Carson croons a ballad to the little creature. Other surprises await as this set, which spans 1964-1989, defines "country" in the broadest possible terms. That means standup comedians (Blake Clark, a brunette Brett Butler), TV stars (Michael Landon, Jay "Tonto" Silverheels), ventriloquists (Ronn Lucas), poets (Baxter Black), and stuntmen (Hal Needham, Smokey and the Bandit). Even a horseshoe throwing champion, a cowbell collector, two hollerin' contest winners, and a 97-year-old farmer get in on the action. For most viewers, the highlights will be the music and guest spots from silver screen cowboys, like Roy Rogers and John Wayne in a surprise walk-on. Songs include "Streets of Bakersfield" (Dwight Yoakam and Buck Owens), "Grandpa (Tell Me 'Bout the Good Old Days)" (the satin-suited Judds, giving the ladies of Dynasty a run for the money), and "Ring of Fire" (Johnny Cash, from a rare black and white kinescope). TheyÂre fine performances all. As always, half the fun comes from Carson's deadpan reactions and valiant efforts to stifle the laughter when things get out of hand. Even a few non-country celebrities, like Ryan O'Neal, get roped into Carson Country. "I can't stand it!" exclaims Naomi Judd, when she realizes daughter Wynonna is sitting next to the "i"Love Story star. "i"--Kathleen C. Fennessy

Happy 45th, Songs in the Key of Life